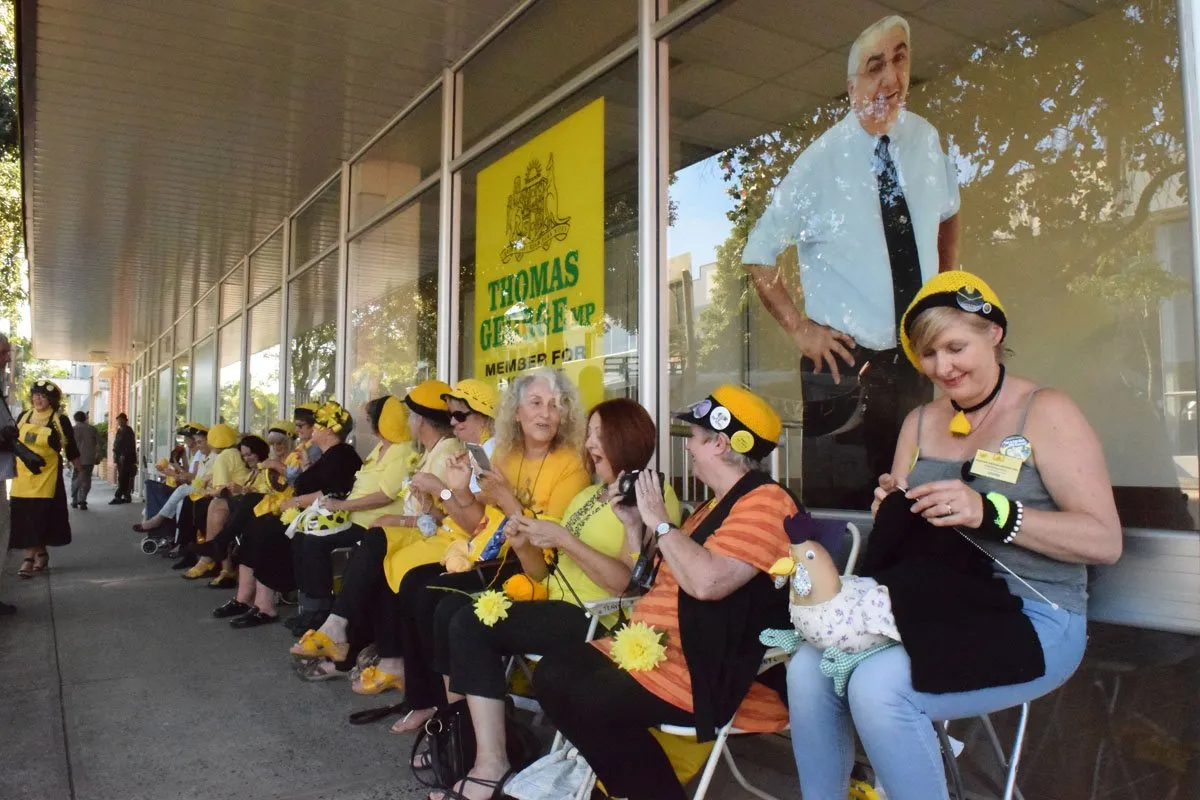 Would you believe it, petals, it’s been 10 years since the guerilla espionage not-so-sweet little ladies now known as the Knitting Nannas started their ruthless needling of Metgasco, and of course our state unrepresentative member for Lismore, Thomas George. (Where Are They Now?).
Nanna FACT: we knitted Thommo in every Thursday including Christmas Days from the end of June 2012 to the Thursday of the 2017 flood. We moved from there to our old friend KHo’s office until the 2022 floods.
During these 10 years we have had many an adventure with friends and foes in our battle against CSG mining in the Northern Rivers and further afield.  At one stage we had 40 plus Nanna Loops across Australia and overseas.
We have been yelled at, told to get a clucking job and/or to get our tits out, we have been driven at and hit by utes, and sworn at by Honourable Members of Parliament. Nannas have been arrested, charged and locked up. They have attached themselves to very big trucks, smaller trucks, gates and devices. Fortunately, we have lost very few Nannas to the big yarning circle in the sky, which goes to show little old ladies are tough as old boots.
To celebrate, we are holding a knit-in at the site of our old foe’s office on the corner of Conway and Carrington Streets in Lismore on Thursday 30th of June.  Poppies, kids and kiddies are welcome to join us from 1.30 pm.

Ooh, that’s taken the wind out of me. Time for a nap.