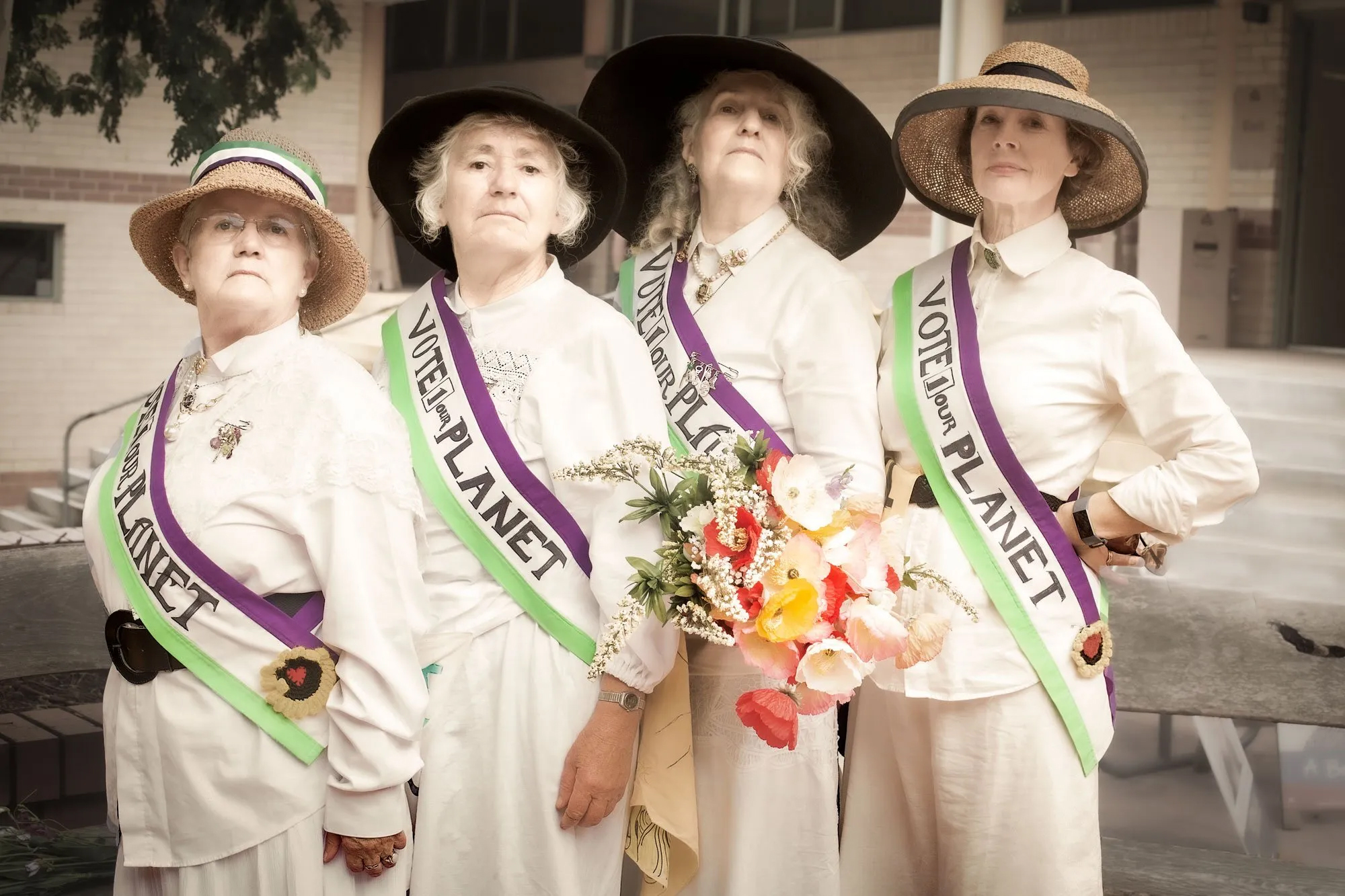 The Knitting Nannas Against Gas and Greed visited the Lismore pre-poll yesterday at Southern Cross University to spread a very important message.

‘120 years ago, women finally got the vote in Australia. Now, the planet needs your vote.

’Nanna Dot said that the suffragettes had a tremendous fight to win the right to vote in Britain. ‘Here in Australia, although it was also a long battle, things were a little more civilised with several key people pushing successfully for adult suffrage. Judith Brett’s book From Secret Ballot to Democracy Sausage, tells us that Australian women were made full citizens in the Franchise Act of 1902. South Australia led the way and soon after and the other states followed.

’Keeping an eye on the election processes

Nanna Dot said that the Knitting Nannas have always kept an eye on election processes. ‘We have often been seen in recent years, outside polling booths, knitting and observing the goings-on – around pre-poll in particular. “Nanna manners” has been our mantra for these occasions as some more raucous political types are frowned upon and there can be much tutting as needles fiercely click.‘

Always being respectful at the polling booths is required and always supported by the Knitting Nannas.

’Nanna Dot said at this election, more than ever, the ‘Elephant in the Room’ is climate change. ‘None of the big parties wants to engage with this topic – it’s too hot to handle. The Knitting Nannas are asking the Page electorate to consider their vote carefully.

‘The planet, which is our home, is heating up. We need leaders who will take us into a future that will be a good one for our children. We need to reduce our carbon emissions now not in the future’

Look back at the government’s record

Nanna Rosie says that it’s important to take a look back at the government’s record in order to cast a vote for the kind of future we want. ‘We’ve been talking about climate change since the 1930s. It’s time to act.

‘I am extremely frustrated at the way the campaign is run like a two-horse race, but the government is not held to account. They have not been held to account on anything they have done and mismanaged over the last three years. ‘Our message is to take your vote very seriously.’

The Nanna suffragettes will be attending Carrington Street pre-poll on Thursday, May 19, around Lunchtime – saving the land, air and water for the kiddies.

Image: The planet doesn’t have any rights to vote – Knitting Nannas Den, Jally, Rosie and Dot want us to vote for it by Tree Faerie.