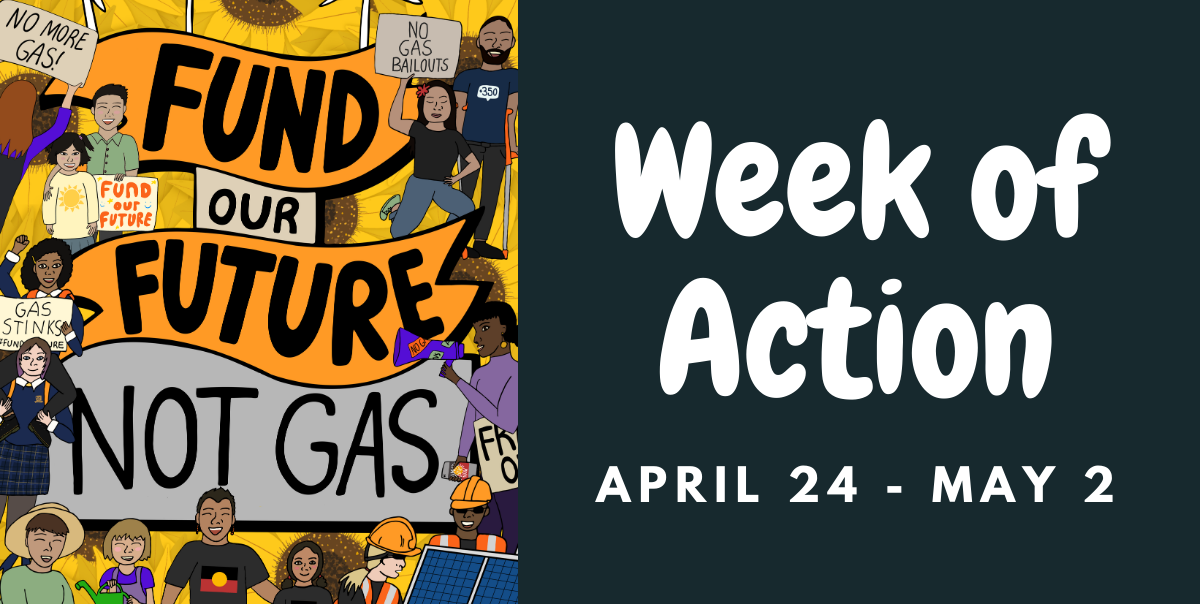 Knitting Nannas Against Gas Lismore will be in action outside Kevin Hogan MP’s Lismore Office in Molesworth Street on Thursday April 29 at 8.30am. Nannas will be putting the heat under Mr Hogan, and the Federal government, to “Fund Our Future Not Gas”.
“We object to the Federal government plans for a ‘gas led recovery’ which keeps us all on a fossil fuel trajectory,” said Louise Somerville of Lismore Knitting Nannas. “A whopping $12 billion in taxes is given every year to the fossil fuel sector in subsidies, approximately $468 for every Australian.”
The action is in support of the Knitting Nannas National Campaign running from 22nd April to 2nd of May to urge the federal government to “Fund Our Future Not Gas”.
“We want the Morrison Government to address the threat that climate change poses to the people of Australia, and the planet. Australia’s annual average temperature has already increased by 1.44 degrees Celsius since 1910. Rising temperatures spell disaster for people and wildlife in coastal and bushfire prone areas and threatens our food and water security.”
Throughout the pandemic the Commonwealth Government responded to science and co-operated with other tiers of government to act in the best interests of the Australian people. For that the Nannas thank them. Nannas now urge the government to again be led by science, innovation and education and to urgently develop a plan to transition away from fossil fuels.
Climate Scientists have been warning us for years that rising global temperatures lead to extreme weather events. These events are set to become more extreme and more prevalent without urgent reduction in emissions. We need to act now.
“Burning fossil fuels leads to increased greenhouse gasses. Renewables have proven to be the cheapest way to reduce emissions. We demand a targeted commitment to attain Net Zero Emissions by 2030 and a detailed road map to get there,” said Louise. “We need a positive and bright future for our children and grandchildren. Scott Morrison and his ministers have a responsibility to protect the Australian people from Climate Change which includes not spending the kiddies’ inheritance on gas.”
The Knitting Nannas will be knitting up a “Bright Future” to remind Mr Hogan that the national regulator, the Australian Energy Market Operator (AEMO), does not support a gas-led recovery. The AEMO manages and maintains the country’s electricity and gas sys-tems.
https://www.abc.net.au/news/2021-04-12/four-corners-gas-plan-pressured-experts/ 100055730
Contact Spokesnannas: Louise Somerville 0409 693 813 Judi Summers 0429 023 402