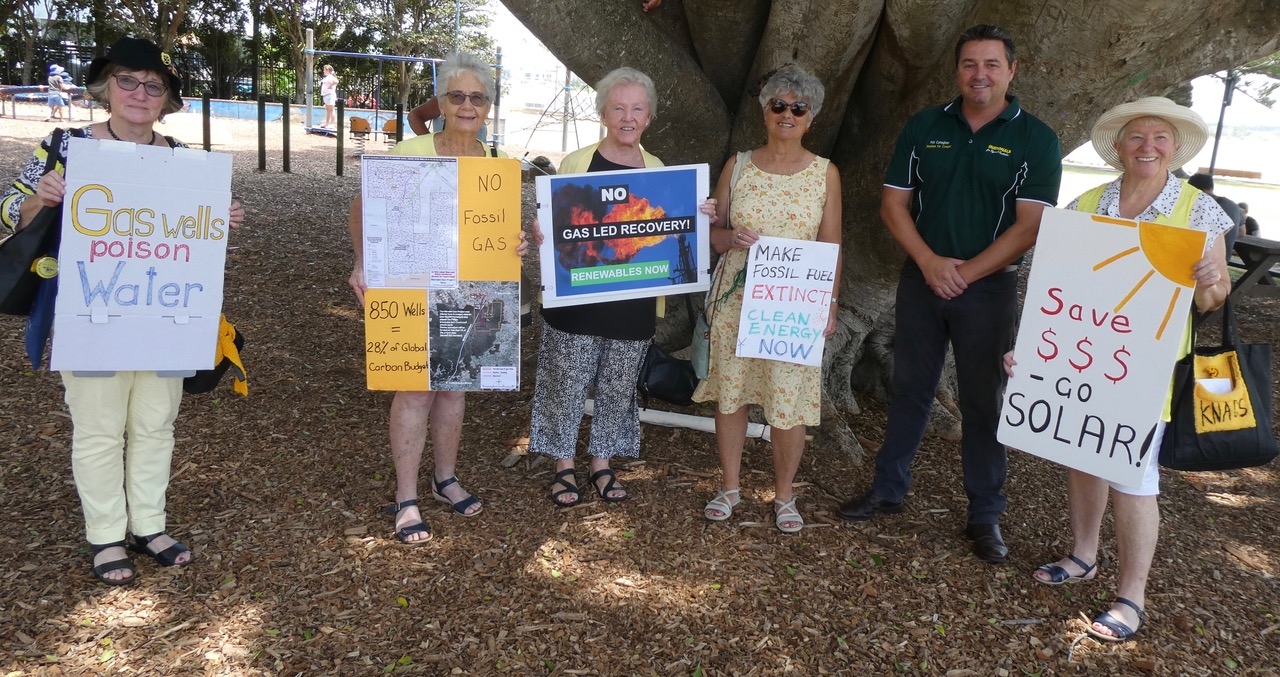 Knitting Nannas worried about the world for future generations

Yesterday, the Hastings-Macleay Knitting Nannas met with Federal MP PatConaghan in Port Macquarie to present him with their concerns about the impact of continuing fossil fuel extraction on a healthy environment. “Our children and grandchildren cannot live without clean water and productive soils for farming” is the message they would like their local representative to take to Canberra and to […]

Rosemary Jacob, a Darwin great-grandmother, celebrated her one year anniversary of staging solo anti-fracking protests outside Northern Territory Parliament on Wednesday January 27. She received a letter of support from Labor Senator Malarndirri McCarthy, and the Northern Territory speaker of the house, Ngaree Ah Kit, had her staff bring down a cake to celebrate her 52 week protest. Rosemary’s friend 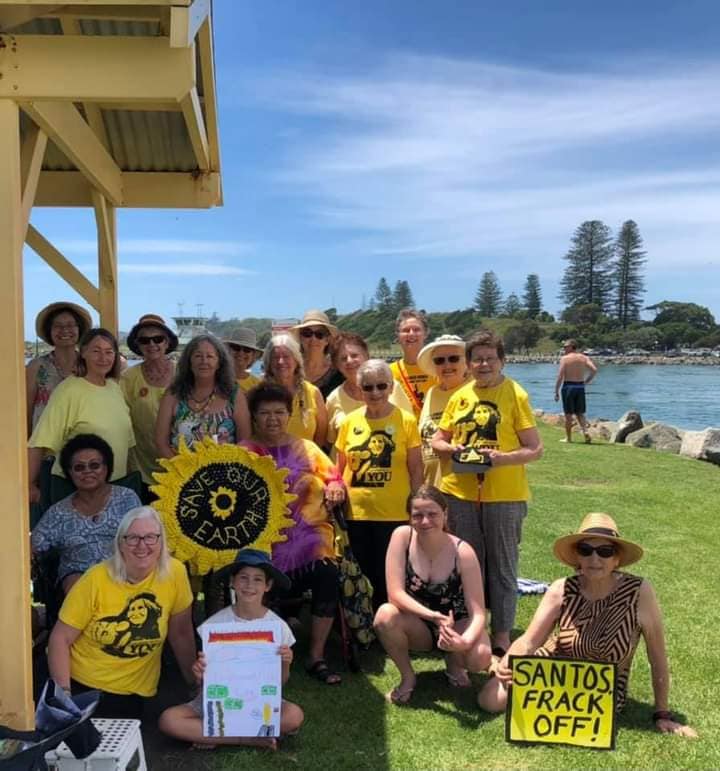 MidCoast Knitting Nannas  and friends gathered in Tuncurry, on Worimi country to meet with Elders, Auntie’s Janice and Nolene, who welcomed them to country and who look forward to walking in friendship into the future with the Nannas. This memorable day was an inspiring and perfect ending to a terrible year. 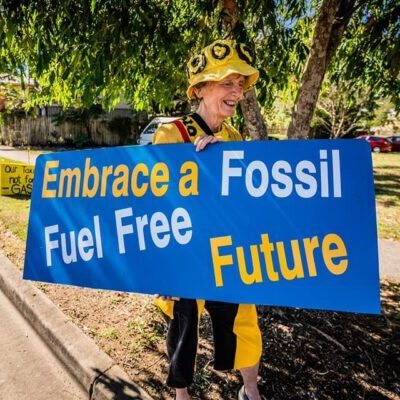 National Day of Action Against Gas

A National Day of Action Against Gas was held today and lots of Nannas participated despite the heat. A gas-led recovery from covid is just stupid. The kiddies want a renewables-led recovery. Listen to your Nannas. Before we all fry. 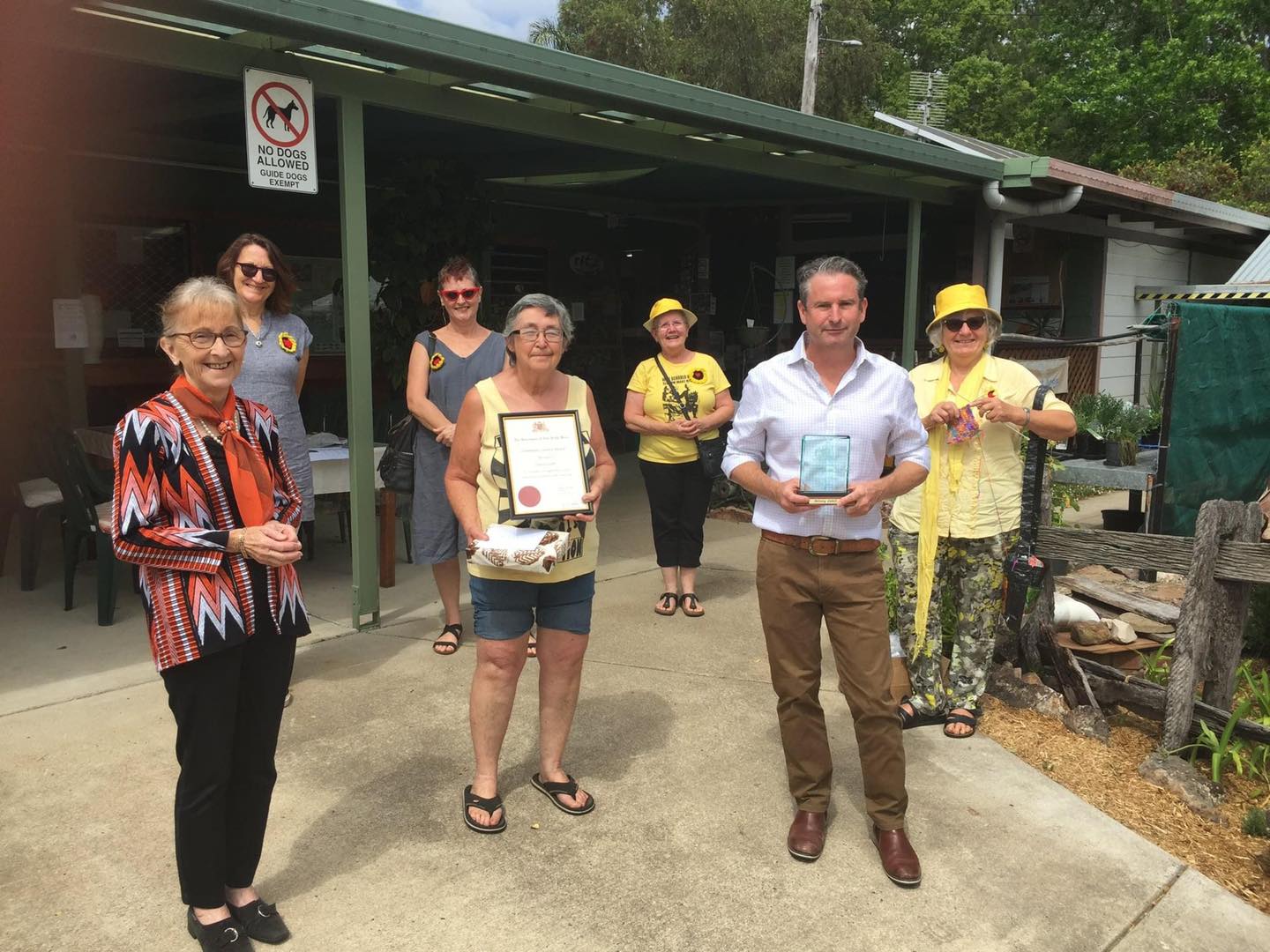 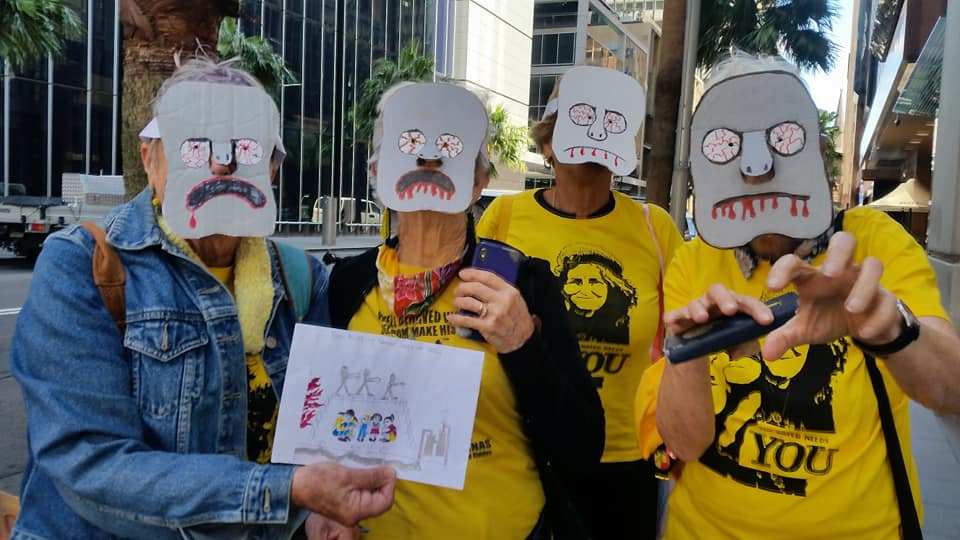 Nannas call for ‘zombie’ PELs to be cancelled

Ten NSW Knitting Nanna Loops have written to the NSW Minister for Mental Health, Bronnie Taylor, about the effects of Petroleum Exploration Licences (PELs) on mental health in rural areas. PELs which have been unused for many years are deemed to be expired, and the government is supposed to cancel them. This has not been done, and these dead but

Nannas call for ‘zombie’ PELs to be cancelledRead More »