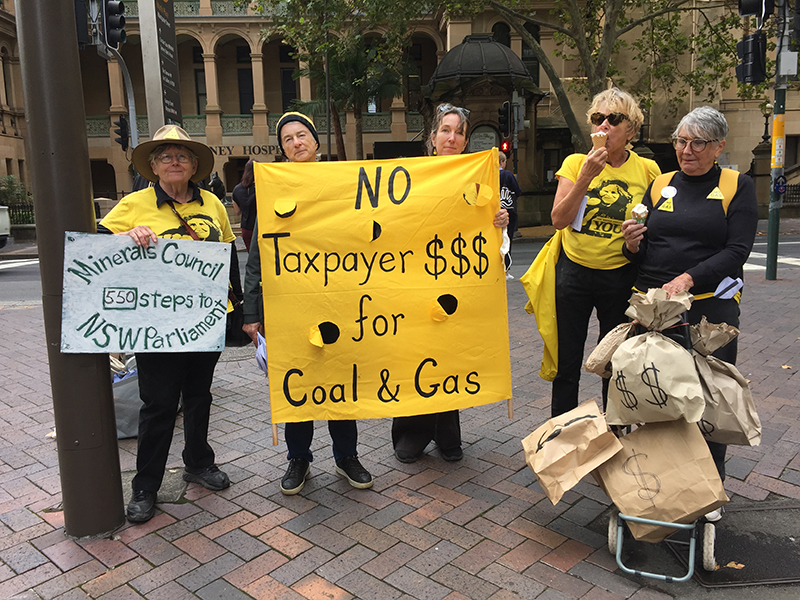 Knitting Nannas held rallies in Sydney and Canberra on March 17 against the expansion of coal and gas mining. Nannas are particularly outraged by governments continuing to prop up coal and gas companies by spending taxpayer dollars to subsidise these industries.

Sydney Knitting Nannas and Friends marched to the beat of drums from the NSW Minerals Council’s offices in O’Connell St, to Parliament House. The police kindly stopped traffic as they followed footsteps chalked onto the footpath while chanting “no taxpayer money for coal or gas”. There are only 500 footsteps between the Minerals Council and the parliament. Speeches pointed out the close relationship between the two. Live music entertained the people in Martin Place and Ben and Jerry’s ice cream was given to the marchers.

Join the upcoming marches in Brisbane and Darwin

Brisbane: Tuesday March 23, march begins at 11am at APPEA office, 348 Edward Street, before moving on to Queensland Resources Council’s office at 13/133 Mary St and concluding at QLD Parliament House.