The story of the Knitting Nannas Against Gas and Greed (KNAG) begins in 2012. A handful of older women joined an anti-coal seam gas (CSG) group in Lismore NSW. They wanted to take action when the Northern Rivers area of NSW was being targeted for CSG mining by Metgasco, but became frustrated by the inaction and indecision of their male colleagues.

The women were further annoyed by being asked to make teas and take minutes. Rather than stay frustrated through inactivity, the women devised their alternative activism as a form of ‘guerrilla surveillance’. Small groups went out into the countryside, parked by roadsides with their knitting, folding chairs, and thermoses to ‘scope out the works’; that is, watching, recording Metgasco truck movements (Ngara Institute, 2018).

Initially knitting was a way of productively passing the time, but it soon became a form of environmental activism that older women could engage in.

Determined to find ways of learning about CSG processes and impacts, the women went on fact-finding tours of the Chinchilla gas fields in Queensland, seeing landholders, farmers and families affected by toxic fugitive gases, contaminated water from taps and industrialised bush landscapes. They researched and shared their knowledge hoping to save the land, air and water for future generations.

KNAG use non-violent direct action, with a spin suiting the capabilities of older women. ‘Sit, knit, plot’ describes their formula for protest knit-ins at locations where they can be visible, talking with passers-by about the effects of fracking and fossil fuels on individuals, communities and environments. One of the original Nannas, Liz Stops wrote: ‘The name … was purposefully devised. “Knitting” and “Nannas” are words that immediately conjure a nostalgic image of older women exuding trust and love.’ Their ‘Nanna-ness’ is a form of strategic or tactical essentialism that communicates their identity and purpose with great clarity. Collectively, they refer to themselves as a ‘determination’ of Nannas.

New members agree to adhere to the “Nannafesto” which states in part:

“We peacefully and productively protest against the destruction of our land, air, and water by corporations and/or individuals who seek profit and personal gain from the short-sighted and greedy plunder of our natural resources.  We support energy generation from renewable sources and sustainable use of our other natural resources. We sit, knit, plot, have a yarn and a cuppa, and bear witness to the war against those who try to rape our land and divide our communities.”

“We want to make sure that our servants, the politicians, represent our democratic wishes and know they are accountable – to us.  We are very happy to remind them of this – often. We represent many who cannot make it out to protests – the elderly, the ill, the infirm, people with young children and workers.”

“KNAG is not affiliated with any political parties – we annoy all politicians equally.”

The Nannas work to address a collection of crises. They highlight the crisis of confidence in politicians linked with corporate greed by demanding that the social contract and representative democracy be upheld (working for the people and not big business). By challenging misinformation and denialism with evidence-based research they contribute to their community’s understanding of climate science and the role of fossil fuel industries. By being visible and vocal older women they challenge sexist and ageist stereotypes. They support families in rural communities suffering the toxic effects of air, water and land pollution; townsfolk who realise they have been duped by mining companies and their politicians and emotionally fraught and frustrated younger protesters.

Craftivism gives Nannas their identity and is a process by which they learn their activism. Wearing yellow and black, the colours of “Lock the Gate” anti-CSG movement, red to signify their support for

In the case of the Nannas, craftivism emboldens and empowers older women to challenge gender and age-related stereotypes to become vibrant and central actors in the broader social movement fighting CSG extraction and fossil fuel mining, thus contributing to transitioning to low-carbon futures. In the process, they have also become part of the feminist project towards gender equality.

Eight years on and there are now around 40 KNAG ‘loops’, most in Australia, some in USA and UK. Prior to the COVID-19 pandemic and subsequent lock-downs, knit-ins and presence at public rallies was regular practice. The Sydney Loop celebrated its two-hundredth weekly Friday lunchtime knit-in and public information presence in Martin Place on the first of November 2019 (Figure 3). They have dedicated their actions to challenging CSG mining company Santos whose offices are nearby. Not to be deterred, KNAG’s work continues online visible in social media and connected through their back channels they promote letter writing campaigns, online learning in climate action, Zoom meetings / protests amongst themselves and those being held by other climate activist organisations.

Christine Milne, in her autobiography ‘Activist Life’ explained why her donation of Knitting Nannas Beret to the Museum of Australian Democracy, Canberra matters (2017, Chapter 9):

“Groups such as the Knitting Nannas … are authentic sparks of democracy fighting back against the plutocracy Australia has become. They gave people on the land a strong, loud voice at a time when they were feeling powerless, and they still do… They have been successful in stopping the expansion of coal seam gas in northern New South Wales but, as importantly, they have restored dignity and instilled courage into the ground-down. They have tapped into the deep well of country women’s strength and resilience and achieved what they set out to do. They are the ‘iron fist in the soft fluffy yellow glove’, forthright women in their prime and of their time.”

“The Knitting Nannas beret deserves one of the highest honours in conservation as it represents self-selection to take a stand for country, for the land. Knit in and knit on, Nannas.” 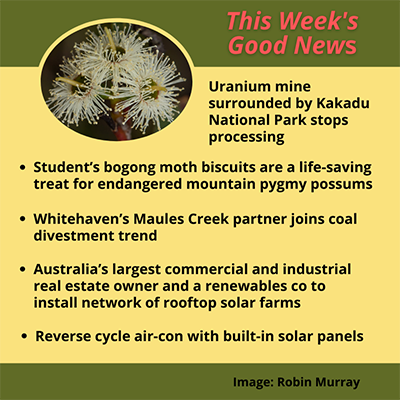 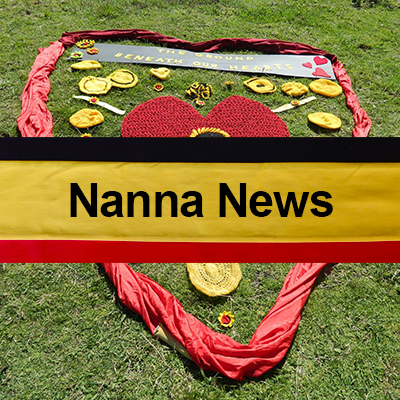 A great sadness has enveloped the nation....@mirandasdevine has left Twitter to join Donny trump’s new social media platform Shitter. Ms Divine said she had scoured the Internet for a week before deciding Shitter was the way to go given her loose vowels.

<(‘ )
Our family is clucking pleased he is gone.

The Trump administration gutted protections for migratory birds, delivering the second of two parting gifts to the oil and gas industry, which has long sought to be shielded from liability for killing birds in oil spills and other environmental disasters.
https://www.nytimes.com/2021/01/05/climate/trump-migratory-bird-protections.html

After running out of foreign governments to overthrow, America forced to topple own government for a change

.@Acosta: "I will tell you, Jake, I talked to a source, a GOP source close to the president who speaks with him regularly, and I take no pleasure in reporting this, but this source tells me that he believes the president is out of his mind."